Crowsworn is another Kickstarter success story. The game is a Metroidvania inspired by Bloodbourne.

Crowsworn is a stylish, high-action Metroidvania that celebrated its one-year Kickstarter anniversary

Who would have thought that Crowsworn would be fully funded within 3 hours of clicking “Start Campaign”? Even more, who would have guessed that they would get total pledges of over CA$1,250,000. It’s literally ten times the amount they expected. But what is Crowsworn? For those who haven’t heard of it, let’s listen to the tale of Mongoose Rodeo.

Crowsworn is a Metroidvania with its dark, gothic, beating heart. The game has a hand-drawn aesthetic that’s not too far off from that of its obvious inspiration, Hollow Knight. In fact, the Mongoose Rodeo team cites the popular Metroidvania as one of their inspirations. The team also took notes from other popular media such as Bloodborne and Devil May Cry’s sleek action combat. 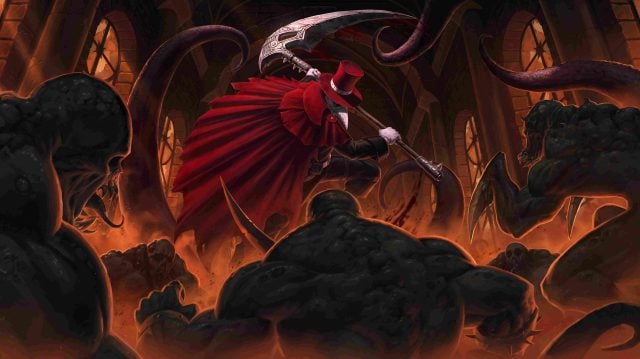 Personally, I’m also getting some serious Hellsing anime vibes from the main character Crowsworn. The way the nameless little crow slashes, shoots, and slaughters his enemies is deeply similar to Alucard. No complaints there.

Players will follow the journey of an unnamed warrior crow who suddenly wakes up alone in a coffin. Our crow will leave and find that they are in an area called Fearanndal and in a village called Angsthel. 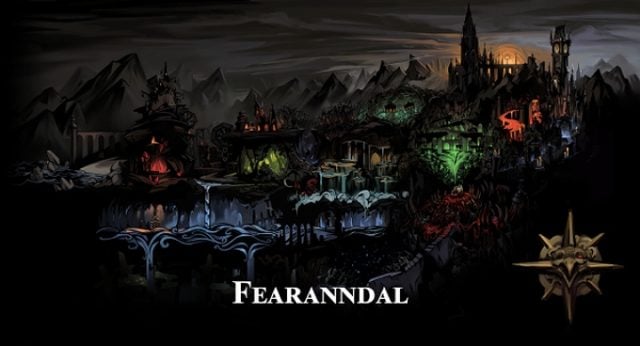 Since you are without memories and without obvious goals in the world, the crow decides to help the village. The world of Crowsworn is a world of despair and darkness. Apparently the whole area has been thrown into eternal turmoil by dark beings. Everyone is punished for the sins of their ancestors. It’s been so long that no one seems to remember the main reason. 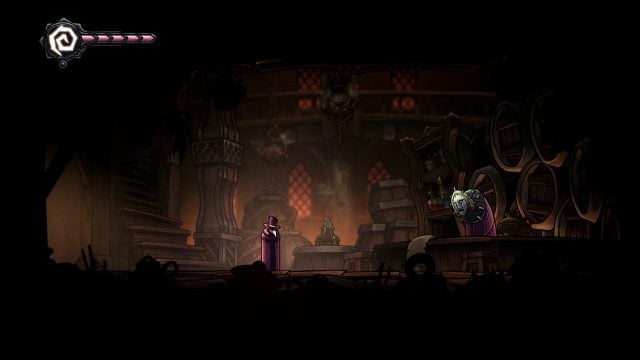 The Tortured Souls of Angsthel

The crow thus descends into the lower parts of the world, eager to discover the truth behind the forces of evil lurking in the shadows.

Crowsworn players will have multiple ways to devastate their enemies. Although the Raven has no memories, he still knows how to fight. The main deathbringers available to the player will be Raven’s Scythe, Pistols, and Corvian magic. 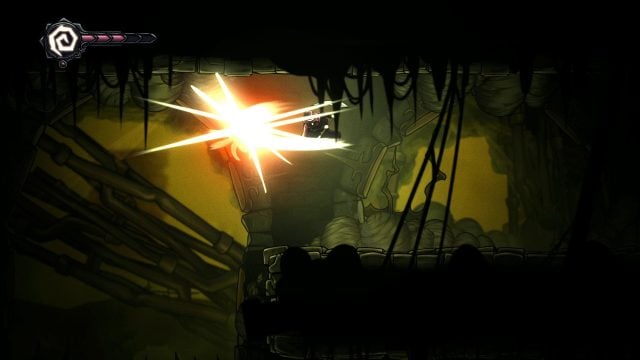 The Scythe will function much like any melee weapon. It will be used for fast and brutal close attacks. It will be stylish, fun and visceral to use. Much like Hollow Knight’s Nail weapon, the Scythe will also be used for various environmental puzzles, like pogo jumping over hazards. Unlike the Nail, the Scythe can be thrown at enemies, only to backtrack to the Raven. This gives him an unexpected ranged attack, in addition to pistols. 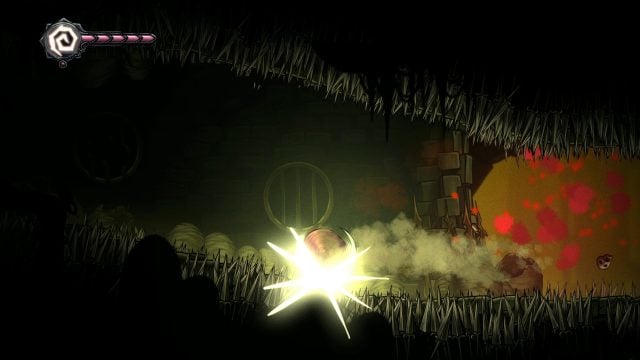 Jump on the dangers

Speaking of which, pistols are the crow’s main ranged weapon. Like the Scythe, these are extremely fast attacks but limited by ammo. The Raven will only have a fixed number of shots that can be fired before needing to reload. Unfortunately, due to the fast-paced nature of the fight, care must be taken when reloading, as this will leave the Crow vulnerable. 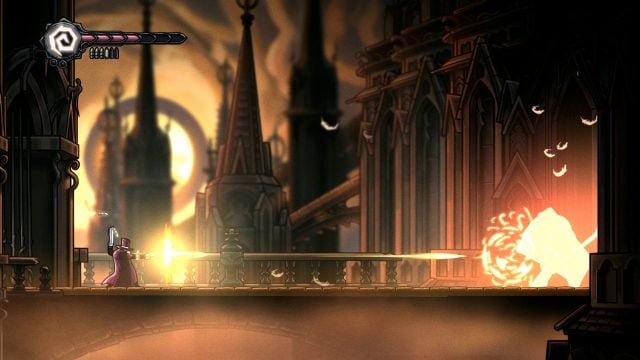 Finally, the corvian magic of the raven. These will be Crowsworn’s most devastating attacks, devastating and ruining your wake. Some examples shown were powerful area-of-effect attacks such as poison clouds, shadow hands to bring enemies closer (and probably pull you in) towards bigger enemies), and more. 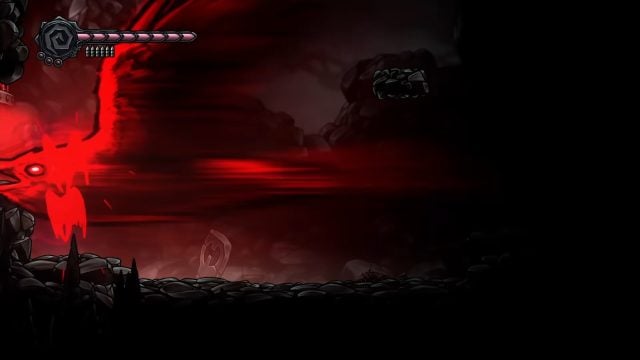 Ever wanted to hit enemies with a magic bloody crow?

Although Corvian Magic is extremely powerful, it is even more limited compared to pistol ammo. These skill types use Malic, a resource you gain when hitting enemies with melee attacks. This encourages the player to take the offensive, much like Bloodborne’s rally system.

Mongoose Rodeo also ensures that the combat, being the highlight of the game, is extremely fun and responsive. “Our philosophy is that when a player presses a button, he should always get the result he expects”, according to their Kickstarter page. 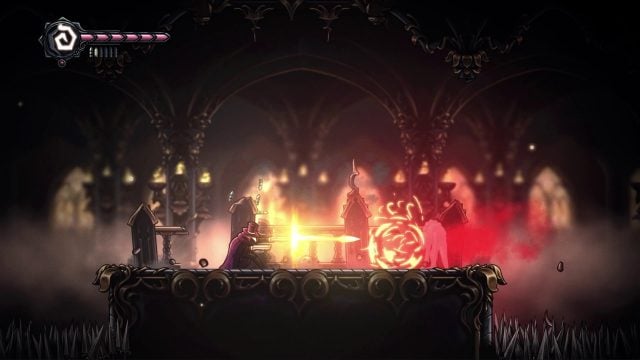 With this, players will also be able to perform extremely visually satisfying combos. This is not surprising since they want the game to feel like a side-scrolling Devil May Cry. Players can mix and match punches, shots, and magic as they wish.

A cool example is that the crow can throw its scythe at its enemies. When it reaches the pulse and begins to return towards the caster, the crow can then send the scythe back towards enemies, extending the time the weapon stays in the air, cleaving enemies who dare to pass. 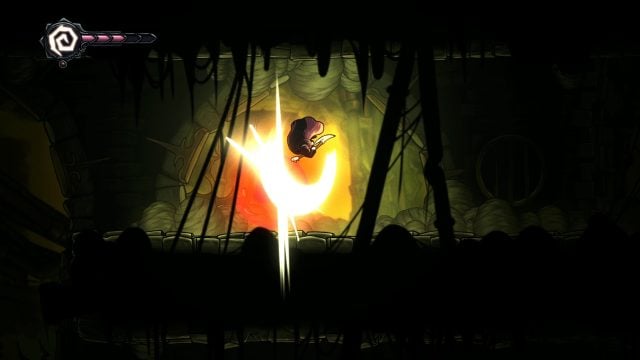 Players should be able to express their utmost creativity when it comes to dispatching enemies. We’re glad Mongoose Rodeo is promoting such carnage.

A murder of crows

It wouldn’t be a Metroidvania without a vast, interconnected world filled with secrets that require a bit of backtracking. Luckily Crowsworn has it to spare. The Crow will be able to navigate the kingdom of Fearanndal with your usual arsenal of platforming: jumps, sprints, dashes and leaps. 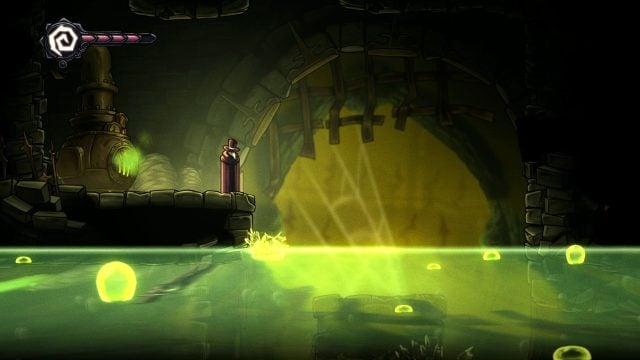 The Raven will even gain runes that can help modify his abilities in various ways. An example is giving your attacks elemental properties or evolving them into an explosive area of ​​effect. There will be plenty of upgrades to discover and experience.

Crowsworn unfortunately does not have a specific release date at this time. They celebrated their one-year Kickstarter anniversary just recently, so that’s good. It will initially be available only on PC via Steam. However, they intend to port the game to consoles later.

Fortnite: where to find the first shotgun and how it works