Democrats are backing the “America First” candidate in Maryland’s Republican gubernatorial primary, and the campaign is openly courting Democratic voters in return.

Dan Cox, a Republican state delegate and lawyer, has claimed the role of “America First” candidate for governor of Maryland and is endorsed by former President Donald Trump. He also has the backing of the Democratic Governors Association (DGA), which has spent more than $1 million promoting him to GOP primary voters.

The DGA ads highlight Cox’s friendly relationship with Trump and his allegations of voter fraud in the 2020 presidential election. Cox arranged several bus trips for Trump’s rally at the Ellipse on January 6, which immediately preceded the Capitol Riot. He also called former Vice President Mike Pence a “traitor.”

“He is the only candidate who can guarantee Democrats take over Maryland in 2022,” reads a new Schulz campaign ad. “Because if you vote crazy, the Democrats win.”

Cox made several social media posts urging Democrats to change their party registration to vote for him in the Republican primary. “We need ALL Republicans to vote and we need ALL Independents and Democrats in America to first switch parties for our primary elections in order to vote for Dan Cox,” he posted on Facebook in May. .

Cox issued a reminder on June 27 that the next day was the deadline to change the party’s registration ahead of the primary, which is July 19. Another post in May instructs voters to change party registration if they are not registered as a Republican.

Cox told the Daily Caller that he invites all “freedom-loving” Americans to join his cause, regardless of which party they currently align themselves with. (RELATED: Hoyer and Pelosi endorse two different candidates in MD gubernatorial race)

“We in the Maryland GOP have lost over 40,000 Republicans to Larry Hogan and Kelly Schulz’s communist-style lockdown and vicious anti-Trump politics over the past two years,” Cox said. “I called on those Marylanders to come back to the Party and they are.”

“We want to change hearts and minds, we bring many back to the Party and some to change based on the principles and constitutional rights that we all hold dear as Americans.” 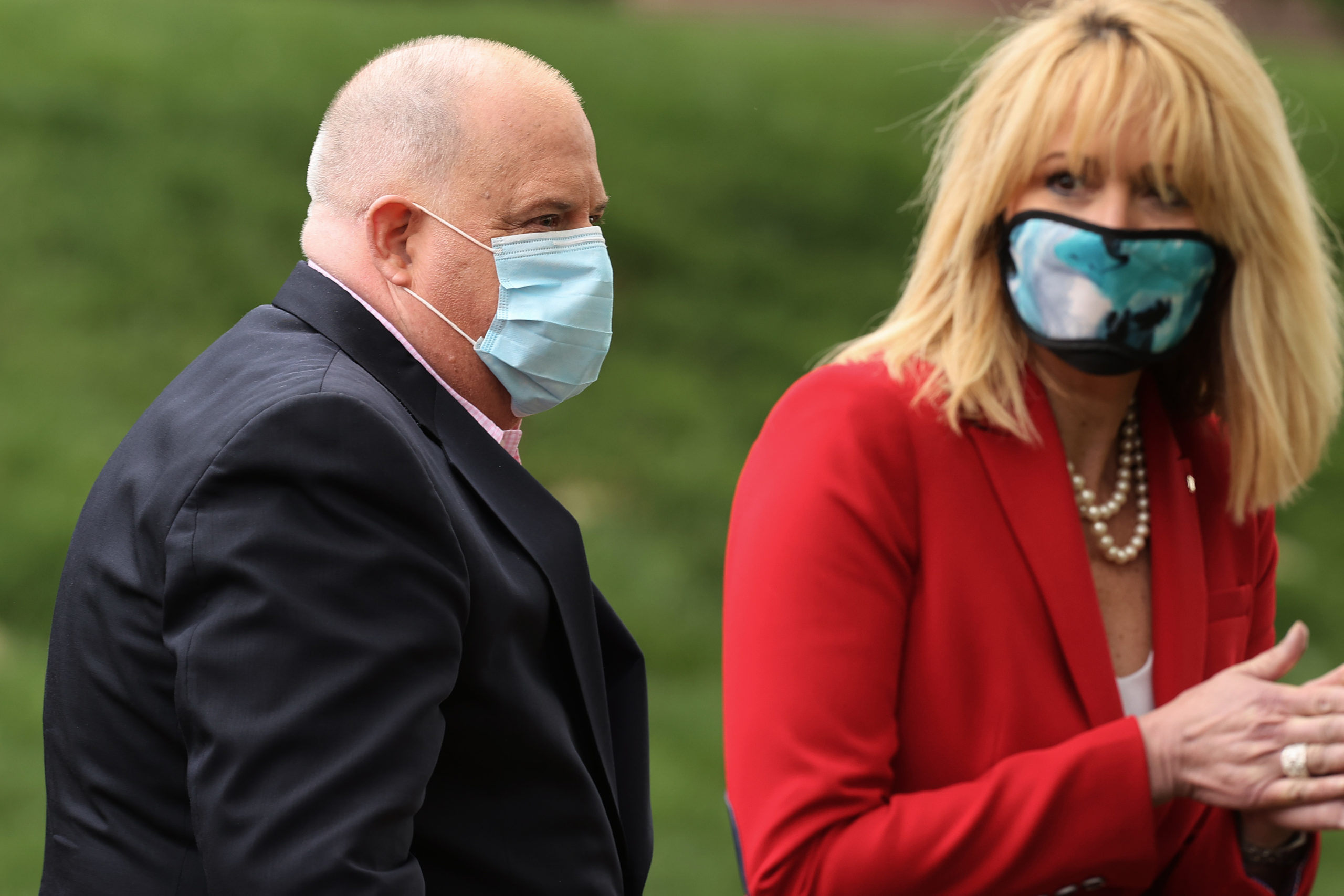 Cox also gave an interview to the Baltimore Banner, a nonprofit news service founded in 2022 by former Democratic politicians and operatives. The Baltimore banner describes itself as “a United States registered trademark for the Venetoulis Institute for Local Journalism.” The Venetoulis Institute is chaired by former state legislator and Democratic mega-donor Stewart Bainum.

The delegate has come under fire for turning down town hall-style appearances at the Maryland Municipal League and for turning down media requests from local outlets like Maryland Matters and The Baltimore Sun. Cox provided a list of interviews with national conservative outlets, such as Newsmax and OAN, to The Daily Caller when asked about his media appearances.

Cox maintained a narrow lead in a recent Goucher College poll for the July 19 primary.